The End of 2017: If Happy Could Reflect Upon His Year

My how fast time has flown. It seems like only a few days ago it was the beginning of 2017, and in a few days it will be 2018. I can hardly believe that we are on the doorsteps of another year. As I take a moment to look back at this exciting year, I could not help but wonder what my little Happy pup would say about his year of grand adventure. While I am sure he would take a moment to express how fun it has been making You Tube programs and having articles and poems written about him on Word Press, I do not think that would be the majority of his reflection, Instead I think he would spend most of his time reflecting upon his family’s search for a piece of land that one day will hopefully become his future home.

I can only imagine the delight that would fill his voice as he expressed his delight at waking up so many mornings and marching to the car for a long  day of riding from place to place looking for land. With a gentle whimper in his voice he would recall how some potential choice while seemingly perfect on paper because of their price and size, had proven in life to be far from idea due to their low lying land making them potential flood zones or worse yet their messy run down state.

Happy enjoyed the adventure of searching for land, but not the disappointment that came each time a potential place for his dream mini farm was scratched off the list.

As he continued his recap, he would be certain to mention the endless waves of doubt and uncertainty as one choice after another was marked off the list because of cost, poor location, its run down state, or having been sold days after we found the listing. With a sigh he would hang down his adorable head and share his growing concern that the search for his country home, that wonderful corner were he would be blessed with his favorite fruits and make some new friends, would never become a reality and the discouragement that had for a time filled his heart and home.

But oh how wide, how lovely his smile would become as he let out a long bark of triumph as he animatedly recalled the thrill of delight that ran up his spine when his eyes first spied those humble, high and dry lots, on top of the little hill. Covered in trees, yet blessed with several generous openings, it was a dream come true. Two whole acres zoned RR1 meaning he would be able to have chickens and someday if his family felt brave enough even a miniature cow or two.

Caught up in the joy to come, he would most likely brush over the anxious days of counting down until the land would finally be his, and instead dwell upon the joy of taking his first walk upon his pride and joy, his country lot. With an even wider smile he would recount his surprise when a few months latter  the door was opened to expand Happy Acres by one last acre, making him the proud owner of three acres. 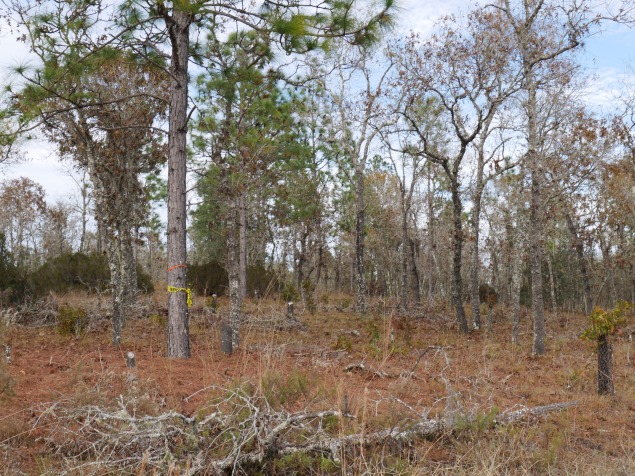 It might not seem like much, but to Happy this piece of tera firma is his most treasured possession and the sight of his dearest dreams.

As he ended his review of what to him must have been one of the greatest years of his life, he would be sure to express his looking forward to the adventure yet to come as his family makes the transition from looking for land to finding a way to make Happy Acres a reality. And his hope that the days of waiting to move to his mini farm will not be too long. And knowing the loving nature of Happy it would not surprise me if he ended his look back at 2017 with the wish that 2018 would bring to others the same joy he has in  not only dreaming, but beginning the process of making his most precious wish come true.